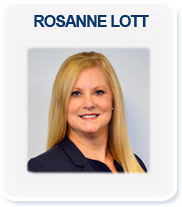 Rosanne serves as the Capture Team Manager and Chief Operating Officer for True North Companies. She is also President and CEO of Defense Contract Development Corporation, a consulting firm in St. Clair County, Michigan that’s primary focus is on assisting Michigan businesses in Defense and Homeland Security contracting since 2008. She brings with her 28 years of government contracting and economic development experience.

From 1993 – 2001 Rosanne was employed at the Economic Development Alliance of St. Clair County where she held positions as PTAC Program Manager, Business Retention Manager, Business Attraction Manager and Interim Director. She also was very involved with the creation of the Foreign Trade Zone.

She then served as PTAC Program Director in Genesee/Shiawassee Counties under the Flint Genesee Economic Growth Alliance in 2001 – 2005 where she transferred the PTAC Program into the Economic Development Agency. In this role Rosanne worked closely with companies to combined Defense Contracting and Economic Development to create jobs and investment for the community.  She also held positions as Business Attraction Account Manager and Foreign Trade Zone Director.

Rosanne has an Associate Degree in Business from St. Clair County Community College, a Bachelors Degree in Administration from Concordia University and is a Certified Business Analysis from Capital Graduate School of Administration and the Ohio Department of Economic Development. Oliver has worked closely with the Michigan Economic Development Corporation and the Detroit Regional Economic Partnership since their inceptions. She also is a member of Michigan Economic Developers Association, MEDA; National Defense Industry Association, NDIA and a long-term member (since 1994) of the National Association of Procurement Technical Assistance Centers, APTAC. In 2009 Rosanne won the Top Ten Michigan Business Woman “Red Tape Buster” Award.